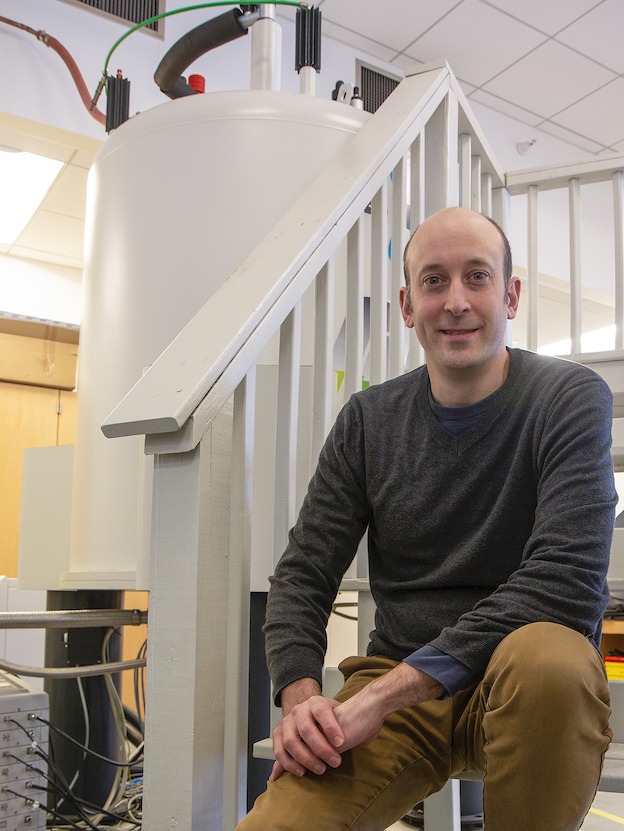 Information about my research can be found on the Research page.

I completed my PhD studies in September 2010 at the University of Windsor, Windsor, Ontario, Canada, under the supervision of Prof. Robert W. Schurko. My PhD work centered on the development and application of “exotic” NMR active nuclei for solid-state NMR studies of inorganic chemicals and materials. In January 2011 I moved to Lyon, France to work with Prof. Lyndon Emsley and Dr. Anne Lesage at the Centre de Resonance Magnetique Nucleaire à Très Haut Champs (CRMN Lyon) at the Ecole Normale Superieure de Lyon (ENS Lyon) as a Marie Curie International Incoming Fellow. My post-doctoral research primarily focused on developing dynamic nuclear polarization (DNP) enhanced solid-state NMR spectroscopy for the improved characterization of heterogeneous catalysts, materials and pharmaceuticals. In October 2014 I moved to École Polytechnique Fédérale de Lausanne (EPFL) in Lausanne, Switzerland to continue working with Prof. Emsley. In August 2015, I moved to Ames, Iowa to join the Department of Chemistry at Iowa State University as an Assistant Professor to begin my independent academic career. I am also affiliated to the US Department of Energy Ames Laboratory as a faculty scientist. I was officially appointed as an Associate Professor with tenure in August 2021.

-Governor General Gold Medal ● Top Ph.D. Thesis at the University of Windsor for 2010-2011